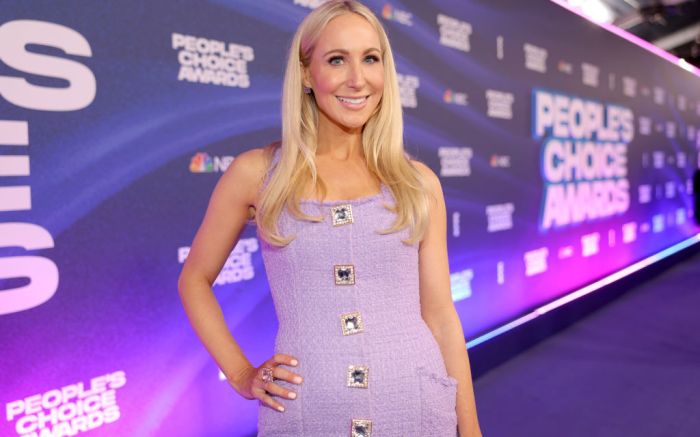 Nikki Glaser brought preppy style to the People’s Choice Awards 2022 at Barker Hangar in Santa Monica, Calif. tonight. The comedian posed on the purple carpet of the ceremony in a lavender minidress by Balmain.

Glaser’s thigh-length dress grabbed gazes with five jewel buttons down the middle and pockets that accentuate her silhouette. Her look was completed with diamond rings that echoed the classic look of the buttons of her dress, and a dazzling small gold sequin purse.

Where shoes are concerned, Glaser complimented her dress with soft but fierce metallic platforms. The style featured heels reaching at least 4 inches in height. The shoes also reflected light and drew the eye to her entire ensemble, giving a classic look.