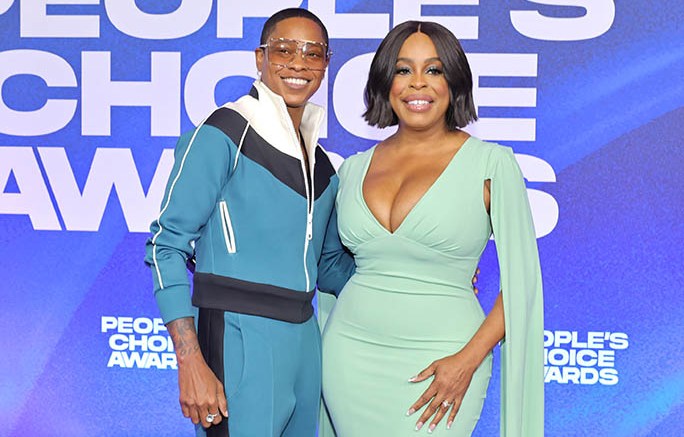 The stars are out in full force for the 2022 People’s Choice Awards held at the Barker Hangar in Santa Monica, Calif., tonight. The annual ceremony celebrates the biggest names in entertainment with Kenan Thompson serving as the evening’s host for the second year in a row.

Niecy Nash was one of the many famous faces to make an appearance on the purple carpet of the ceremony. The Emmy Award-winning actress arrived alongside her wife Jessica Betts. Nash looked gorgeous for the occasion, wearing a mint green minidress. The garment had an ankle-length sash on each side, a plunging V-neckline and a fitted bodice.

To place more emphasis on her look, the “Claws” alum simply accessorized with a silver metallic clutch. She swapped her usual long tresses for a blunt-cut cob that was styled in soft waves.

When it came down to the shoes, Nash completed her look with sparkling PVC Pumps. The silhouette had a glittery transparent toe and sat atop a thin stiletto heel.

Nash’s wife Jessica Betts took a casual approach to style for the occasion. The singer wore a blue tracksuit with tinted sunglasses and white sneakers.