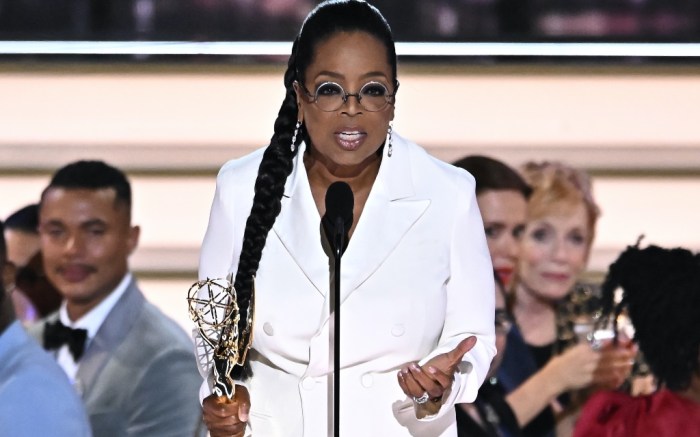 Oprah Winfrey brought a new take to suiting at the 2022 Emmy Awards.

While presenting Michael Keaton with his Outstanding Lead Actor In A Limited Or Anthology Series Or Movie award for Hulu’s “Dopesick,” the former talk show host wore a floor-length blazer dress in a bright white hue. The piece included a double-breasted silhouette with pointed lapels, buttoned long sleeves and a front slit. Completing Winfrey’s ensemble were diamond rings and drop earrings.

When it came to shoes, Winfrey went monochrome with a set of white pumps. Her pointed-toe style featured leather uppers with toes sprinkled with crystals, giving them a dash of glamour. Thin heels totaling 2-3 inches in height completed the pair.