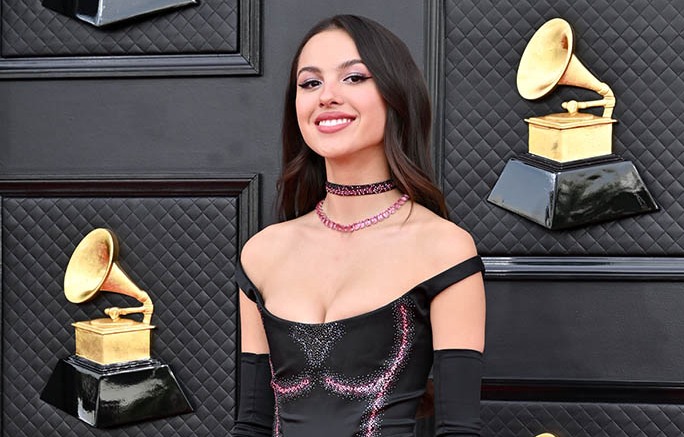 The biggest stars in music have touched down for the 2022 Grammy Awards held at the MCM Grand Garden Arena in Las Vegas on Sunday. Olivia Rodrigo hit high notes in fashion as she arrived at the annual ceremony.

The “Driver’s License” singer is up for seven awards including Best New Artist and Album of the Year. Rodrigo brought her signature goth glam style as she stepped out in a black gown by Vivienne Westwood. The plunging dress draped elegantly around her shoulders and was bedazzled with a purple and silver body outline.

Known to add a touch of ’90s elements to her looks, the “High School Musical” actress accessorized with layered necklaces including, a thick glittery black choker necklace and a pink diamond necklace. To take things up a notch, Rodrigo continued with posh opera gloves, a chunky diamond ring and Anabela Chan stud earrings.