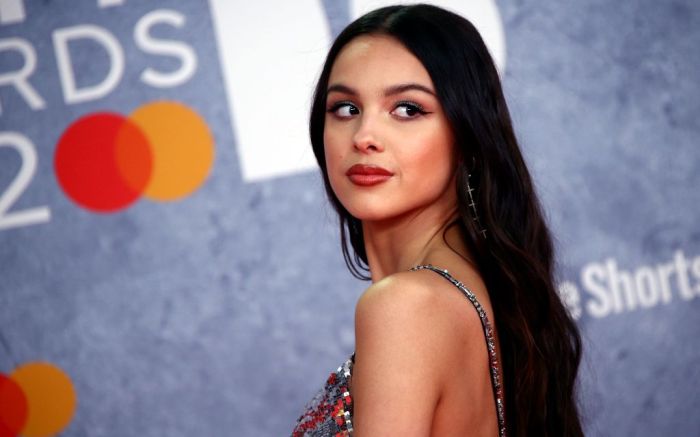 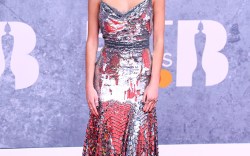 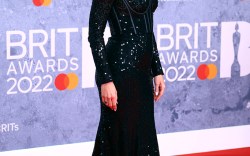 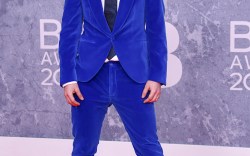 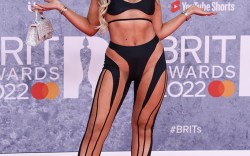 The stars are stepping out to attend the 2022 Brit Awards held at the O2 Arena in London on Tuesday night. Olivia Rodrigo arrived on the red carpet in a show-stopping gradient gown by Alexandre Vauthier. The silver sequin dress was complete with a cowl neckline, thin spaghetti straps and was embroidered with beads throughout the bottom.

The “Drivers License” singer complemented the glittery gown with long silver chandelier earrings, several silver midi rings. She parted her hair in the middle and styled her dark tresses in sultry waves. To place emphasis on her dress, the teen sensation finished off her look with a pair of black Giuseppe Zanotti Pris wedge sandals. The futuristic silhouette includes a leather sole and is fastened with a strap that criss-crosses at the ankle. The strappy heels currently retail for $498.

The 18-year-old hitmaker has scored two nominations at this year’s awards. She’s up for International Artist of the Year and International Song of the Year for “good 4 u.” The ceremony, in association with Mastercard, sees the most female artists nominated in over a decade, however, they are still outnumbered three to two by male nominees. It’s set to be a big night for British music, with Adele and Ed Sheeran leading the 2022 BRIT Awards nominations, with an impressive four nods each.

Click through the gallery to see more celebrity arrivals at the 2022 Brit Awards.