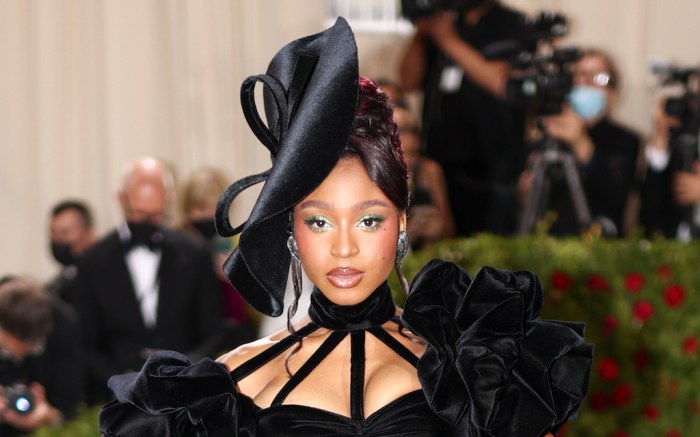 Normani shows how to make an edgy monochromatic statement for fashion’s biggest night. The “Wild Side” singer attended the 2022 Met Gala that took place at the Metropolitan Museum of Art in New York City last night.

For the outfit, Normani went with a black billowing gown from Christian Siriano. The dress had a chic halter bralette with cutout designs along with dramatic shoulders made out of sleek velvet for a modern finish. The skirt was just as eye-catching as the top and featured a circular style that wrapped up the songstress.

Normani kept her accessories simple and opted for a black beret-styled hat that had a bow in a matching fabric. The “Dancing With a Stranger” singer went colorful with her makeup and popped on bright green eye shadow and crystallized gemstone earrings for a vibrant finish.

Although her shoes got covered up by her hemline, it’s safe to say that Normani opted for a pair of pumps or sandals that meshed well with her look.

Click through the gallery to see the best dressed at the 2022 Met Gala.