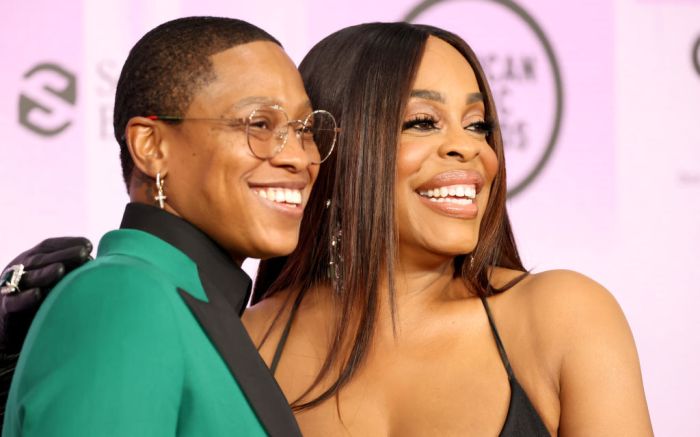 For her first outfit of the night, Nash wore a spaghetti-strapped fitted black gown by Lady Black Tie with an open-back and a ribbed-tie silhouette. The train of the dress ruffled across the red carpet while Betts incorporated a green suit into the mix with hits of yellow, red and black retro patterns.

The musician opted for a black bow tie and a yellow button-down shirt to go with the colorful double-lapeled tuxedo.

Although Nash opted for a monochromatic look, she wore ruched leather gloves that haltered below the elbows along with a large square-shaped emerald ring worn atop the gloves.

Once Nash hit the stage as an award presenter alongside Wayne Brady, she changed into an open-slit gown that featured one long sleeve. The gown was decorated with silver gems from top to bottom starting with the hooded accent of the dress. Her second outfit of the night gave a glimpse of her French manicure and silver diamond rings.

PHOTOS: PHOTOS: Discover more celebrity arrivals on the red carpet at the 2022 AMAs.