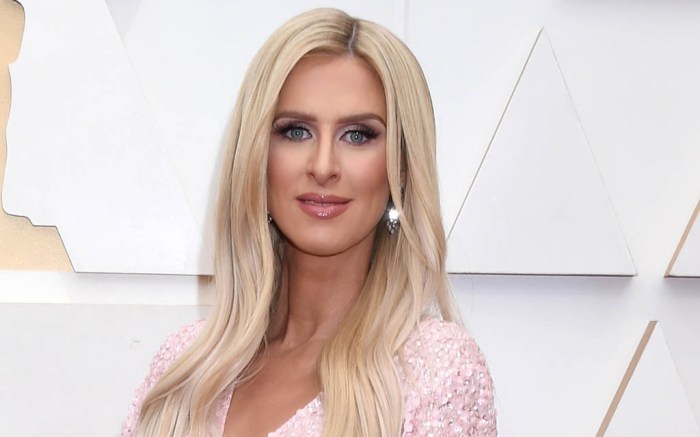 Nicky Hilton is talking Oscars red carpet fashion tonight on ABC’s pre-show and she made sure to dress the part for the glamorous occasion.

Hilton opted for a light pink sequin-covered V-neck gown featuring long, feather-embellished cape sleeves from Jenny Packham’s fall ’21 collection. The spring-ready look by one of Kate Middleton’s favorite designers gave just a glimpse of her high-heels, which appeared to be a sandal style adorned with sparkling rhinestones.

Tonight, the French Sole collaborator, who is currently pregnant with her third child, is will be discussing Oscars design trends with Roshumba Williams and ABC7 meteorologist Leslie Lopez for “On the Red Carpet at the Oscars.”