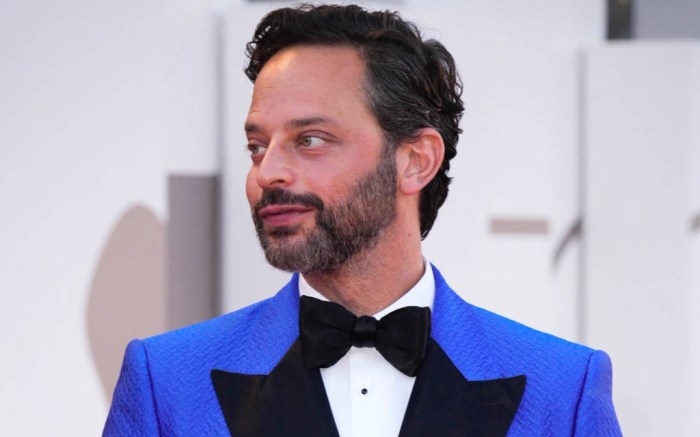 Kroll was dapperly dressed for the premiere, arriving in a Dolce and Gabbana tuxedo. His ensemble featured a white collared tuxedo shirt and pleated black trousers worn beneath a prominent cobalt blue blazer. The textured jacket was accented by double-breasted black buttons, pointed lapels and a black bowtie. Kroll’s colorful blazer allowed him to pop against the red carpet, seen as he hugged Harry Styles and playfully snapped photos with Pine of Pugh posing for the occasion.

When it came to shoes, the “Kroll Show” star’s outfit was finished with a classic set of black loafers. His style included shiny leather uppers with a lace-up silhouette, finished with slightly squared toes and short heels. The staple style has been one of the most popular at the Festival, similarly worn by Regé-Jean Page, Chase Stokes and more stars at other events.