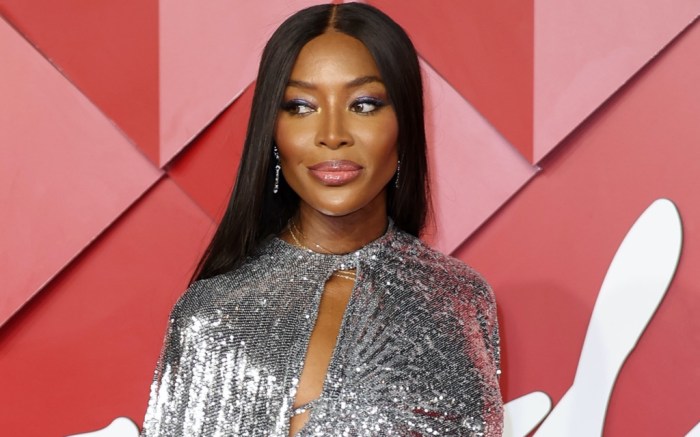 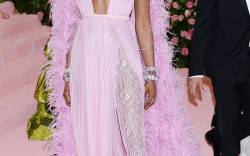 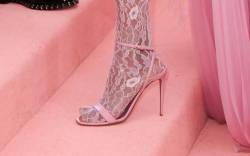 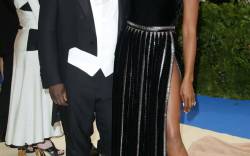 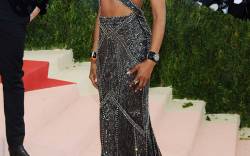 Naomi Campbell stole the show while arriving at the 2022 British Fashion Awards today.

At the Royal Albert Hall for the occasion, the supermodel posed in a high-wattage silver Valentin gown. Designed by Pierpaolo Piccioli — one of the evening’s Designer of the Year honorees — her ensemble included a long train and equally dynamic cape, all covered in shining silver sequins. A bodice with a thin one-sided upper cutout cinched by thin straps completed the statement-making piece. Campbell completed her outfit with diamond drop earrings, as well as several thin layered necklaces and a layered stack of beaded bracelets.

When it came to footwear, Campbell’s shoes were not fully visible. However, the fashion muse’s footwear did feature fully clear platform soles and closed toes, seen beneath her gown’s long hem. It’s likely the model’s footwear included a pump silhouette with towering 4 to 5 inch stiletto or block heels, based on her past footwear choices and silhouettes that have become signatures of Valentino itself this year.