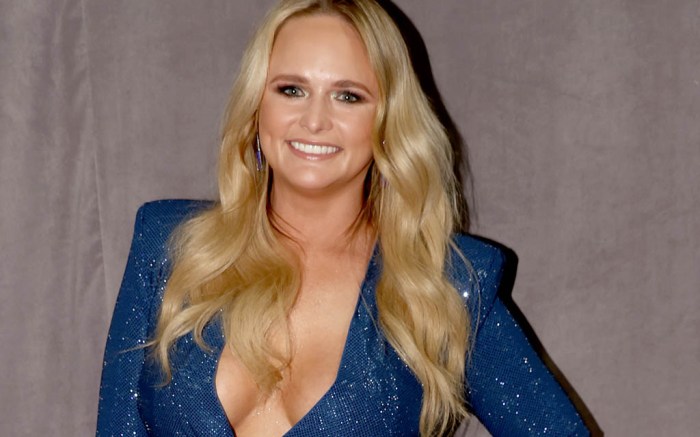 Miranda Lambert set out to make a statement at the 2022 CMT Awards in Nashville on Monday night.

While backstage with husband Brendan McLoughlin, the “If I Was a Cowboy” singer wore a glamorous knee-length dress. The blue number featured long sleeves with structured padded shoulders, covered in glitter for allover sparkle. Giving the piece a sultry edge was a deep neckline and asymmetric thigh-high hem. Lambert’s look was complete with sparkling earrings and a blue cocktail ring.

When it came to shoes, Lambert went similarly bold with a colorful pair of pointed-toe pumps. Her footwear featured sharp triangular toes, as well as metallic pink uppers. Both complementing and contrasting with her dress’ texture and color, Lambert’s pumps made a bold statement and were sleekly finished with stiletto heels likely totaling 3-4 inches in height.