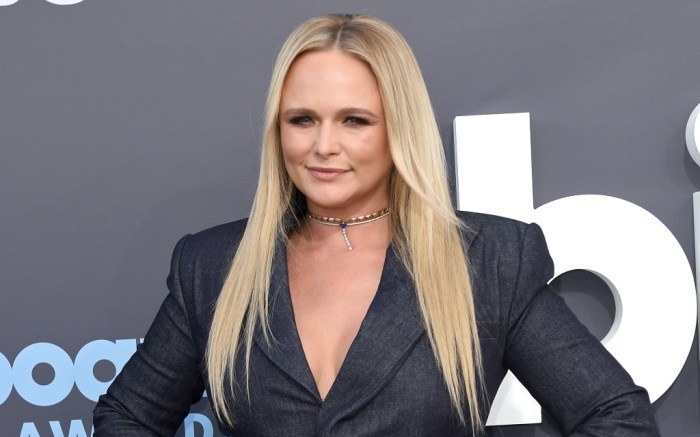 Miranda Lambert was sharply suited on Sunday in Las Vegas at the 2022 Billboard Music Awards.

She added a choker necklace, earrings and a few rings from Yessayan to her look, and pointed-toe shoes peeked out from under her flared pants.

McLoughlin looked just as sharp in a black two-piece suit with a crisp white shirt and black leather loafers.

Later in the evening, Lambert performed onstage at the event. She sang “Drunk (And I Don’t Wanna Go Home)” with Elle King. For the performance, Lambert wore a black long sleeve jumpsuit embellished with blue stars, colorful florals, flames and more. The jumpsuit also featured dramatic fringe in a bright blue colorway.