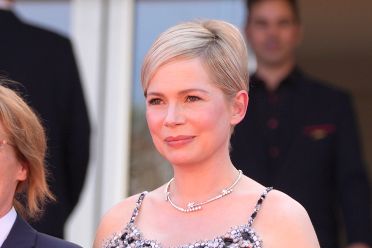 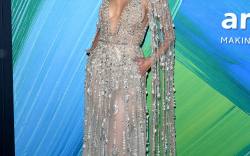 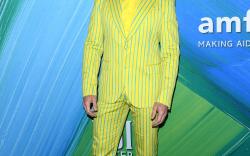 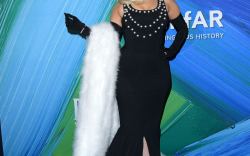 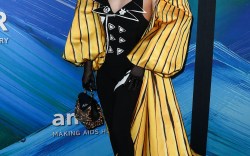 Michelle Williams made her mark on the red carpet at Cannes Film Festival today in France by sharing her take on pregnancy style.

The “Venom” actress joined many familiar faces cradling her baby bump in a flouncy dress. The star arrived in a modified version of Chanel couture. The dress originally had puffy balloon sleeves on the runway, but was likely changed due to the summer heat.

The gown instead features blue and white straps with a simple neckline. The fabric is printed with blue and white flowers with a textured surface that brought the dress to life.

The maxi dress makes for a perfect maternity style because of its length and oversized nature, giving the star room to breathe and move. Much like the slit in the middle, the hem is also adorned in lace, giving the dress a dainty quality.

Williams kept things simple, popping on a silver necklace and a few silver rings to seal the deal.

Keeping with the comfort theme, Williams wore baby pink glittering Chanel flats with black suede heels and toes. The flats have a pointed toe and gold Chanel logos on the side. The pretty pink flats are secured with a simple strap atop the star’s feet.

Click through the gallery to see what celebrities wore on the red carpet of the 2021 amfAR gala.