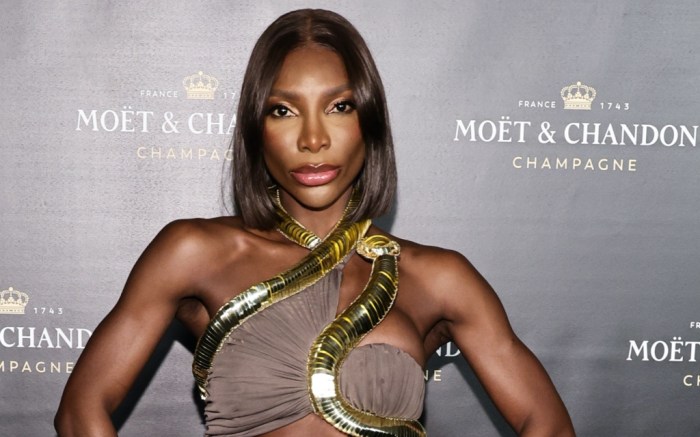 The Emmy Award-winning star arrived at Lincoln Center for the occasion in a dynamic ensemble from Balmain 2023 ready-to-wear collection, cast in a pale chocolate brown hue. The outfit in question included a sweeping draped maxi skirt, featuring a heavily pleated texture with a smocked waistband. The outfit’s central piece, however, featured a matching ruched bra-style crop top, given a cutout dimension from a large metallic snake-shaped accent that formed its neckline and straps.

When it came to footwear, Coel’s footwear could not be fully seen beneath her gown’s long train. However, it’s highly likely the “I May Destroy You” creator donned a set of high-heeled sandals, platforms or pumps in a hue that matched or coordinated with her gown. Similar footwear has been worn by Coel over the years during occasions including the Emmy Awards, Met Gala and the world premiere of “Black Panther: Wakanda Forever.”

PHOTOS: Discover how high heels have transformed over the years in the gallery.