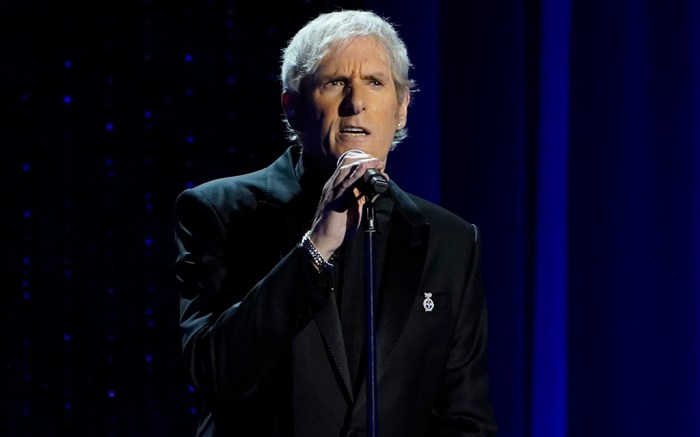 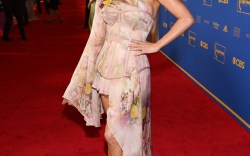 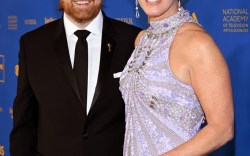 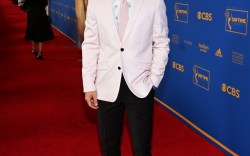 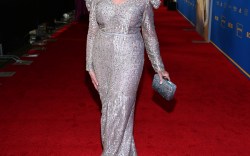 Michael Bolton has had a long and successful musical career. The rocker will be performing singing his new song “Beautiful World” at the 2022 Daytime Emmys on June 24, and will perform again during the ceremony’s “In Memoriam” segment.

Posing alongside Tamron Hall, Bolton arrived on the red carpet in a black suit and bowtie with sleek black shoes.

From hits like, “Time, Love and Tenderness” to his immensely generous charity work, Bolton has been an entertainment fixture. Here, some of his red carpet appearances through the years.

Bolton and his then-girlfriend and Nicollette Sheridan were spotted laughing and smiling after an Oscars party on March 6, 2006. The pair dressed to impress, Bolton wearing a black suit and blue button-up with sleek black dress shoes.

The rockstar stepped out of his hotel on Aug. 14, 2008, in a casual denim-centric outfit. The star wore slouchy denim, a black button-down, and low-top converse in true rocker fashion. Bolton slung a black sweatshirt over his shoulders and donned a black Nike hat, carrying on with his night.

Bolton seems to be a big fan of black attire. The star was out in Beverly Hills, Calif., running errands wearing classic blue jeans, a black button-up, and casual black loafers. Bolton put on shades to finish off the look.

Bolton represented his home state Connecticut on ABC’s “American Song Contest” in a classic suit. The star wore a dark blue button-up underneath the suit and black chucks, keeping the outfit casual.