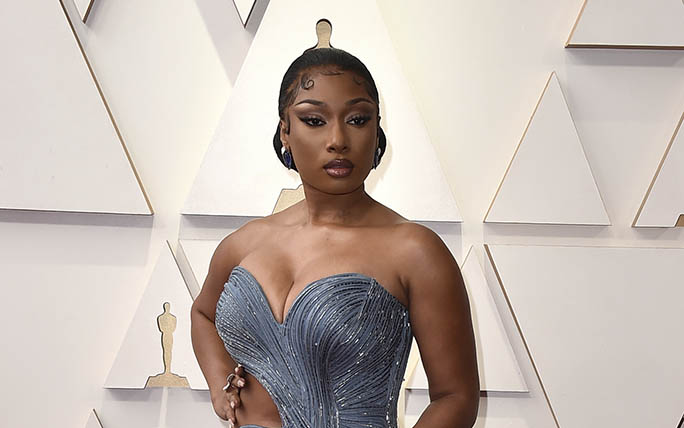 Megan Thee Stallion served a real Hot Girl red carpet moment at the Oscars tonight at the Dolby Theater in Los Angeles. The “Savage” rapper took a quick break from the stage to join the “Encanto” cast for a special performance of “We Don’t Talk About Bruno.” Megan made her Oscars debut in a blue crystal-encrusted Gaurav Gupta dress with a mermaid silhouette, fitted bodice and dramatic ruffle train.

The chart-topping artist kept her makeup simple with neutral eyeshadow and added her signature brown glossy lip. She styled her hair in an elegant updo and accessorized with dainty earrings, several sparkling silver jewels and long nude nails.


To add even more glam to her look, the Houston Hottie rounded things out with matching strappy sandals. The high heels had a double strap across the toe, a criss cross ankle strap and a stiletto heel.