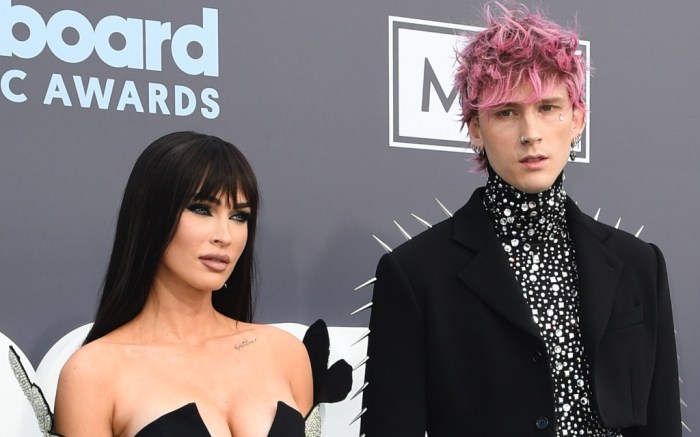 Leave it to Megan Fox and Machine Gun Kelly to give gothic punk style a glamorous twist — especially on the red carpet. The superstar couple arrived in coordinating ensembles specifically for the Billboard Music Awards in Las Vegas.

Fox blossomed on the carpet in a slick black David Koma gown styled by Maeve Reilly. The actress’ daring dress included a plunging pointed neckline and risque thigh-high slit, both accented with sheer nude panels for added coverage. The piece was paired long gloves that also made a daring statement, with their hems shaped like large flowers covered in sparkling crystals.