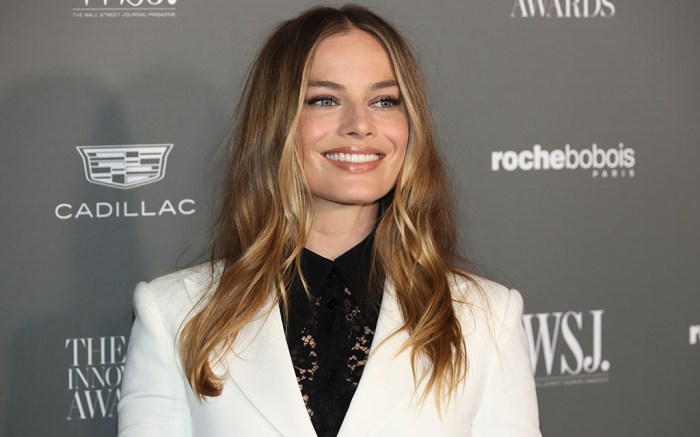 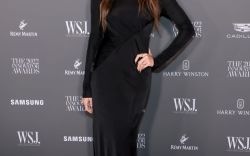 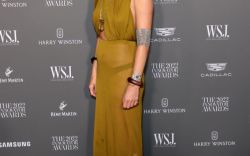 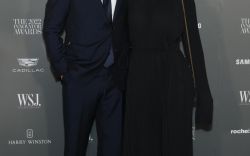 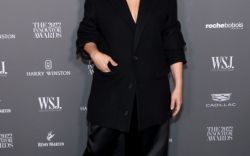 The 2022 WSJ. Innovator Awards, held yesterday night at the Museum of Modern Art in New York, brought together the best of the best from a range of disciplines, including fashion, art, entertainment and more.

Margot Robbie attended the event in groovy style. The Australian actress added a feminine twist to a ’70s silhouette, recreating the classic outfit worn by John Travolta in the 1977 film “Saturday Night Fever” with a white Proenza Schouler suit.

She layered the suit over a black lace button-down which peeked out from under her stark white fitted blazer, creating contrast. On the bottom, Robbie modeled striking pleated slacks with an exaggerated bell bottom-style hem that practically eclipsed her shoes.

The actress wore minimal jewelry and styled her recognizable long blond locks parted in the middle in cascading curls.

Robbie’s footwear choice was hidden under her flared pants, but she slipped into a pair of black sandals featuring an open-toe and platform heels that reached at least 4 inches.