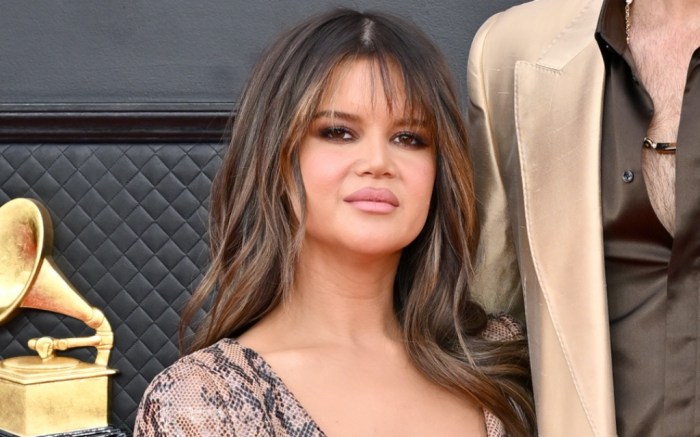 Maren Morris and her husband had a very glam date night at the Grammy Awards.

The “Humble Quest” musician hit the 2022 Grammy Awards with her husband, fellow country singer Ryan Hurd, at the MGM Grand Garden Arena in Las Vegas on Sunday. The couple is nominated for the best country duo/ group performance for their hit “Chasing After You.”

To the event, Morris wore a brown snakeskin Dolce & Gabbana dress. The midi dress featured a slit up the center as well as a plunging neckline, which a black bralette peeked out from. Hurd coordinated, also wearing neutrals. He went with a tan suit with a green silk shirt underneath and beige suede loafers.

Morris kept the animal theme going with her shoes. She slipped into a pair of brown snakeskin heels. Her strappy sandals featured ankle straps and criss-cross toe straps for support. The matching print kept the country singer’s look cohesive and stylish.