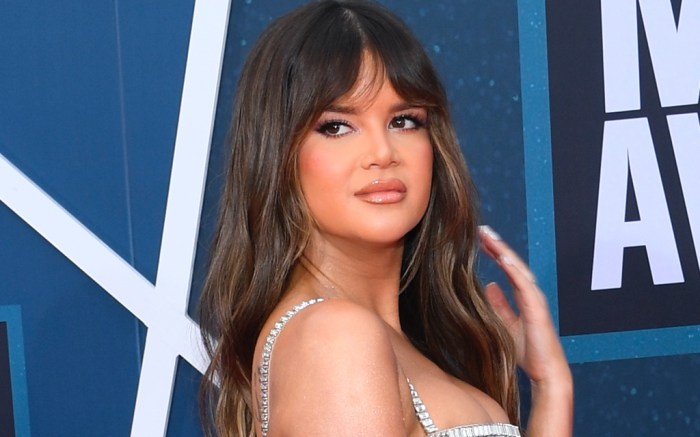 The “Pelago” musician hit the red carpet with husband Ryan Hurd in a dazzling silver crop top, featuring spaghetti straps and a wide bandeau. The piece gained further glamour from being fully covered in baguette-shaped crystals. Morris’ look was finished with a silky red maxi skirt, which included a flowing train and draped hem for added drama. Hurd was sharply dressed alongside her in a pale purple suit with beige suede loafers.

When it came to shoes, Morris’ footwear wasn’t visible beneath her skirts’ long train. However, peeking beneath the musician’s hem was a pointed-toe sole with a metallic hue — hinting at a strappy sandal or mule with a heeled silhouette. Whatever the style may be, it certainly matched with Morris’ top to create a streamlined ensemble with a pop of color.

The CMT Awards celebrate the top music videos and television performances by country musicians. The 2022 ceremony, broadcast from Nashville, will be hosted by Kane Brown, Anthony Mackie and Kelsea Ballerini. This year’s event also includes numerous star-studded performances from Carrie Underwood, Miranda Lambert, Keith Urban and more. Nominations are led by Brown with four — including video of the year — as well as Ballerini, Mickey Guyton and Cody Johnson with three each. The show will be airing live from CBS and streaming in Paramount+ at 8 p.m. ET.