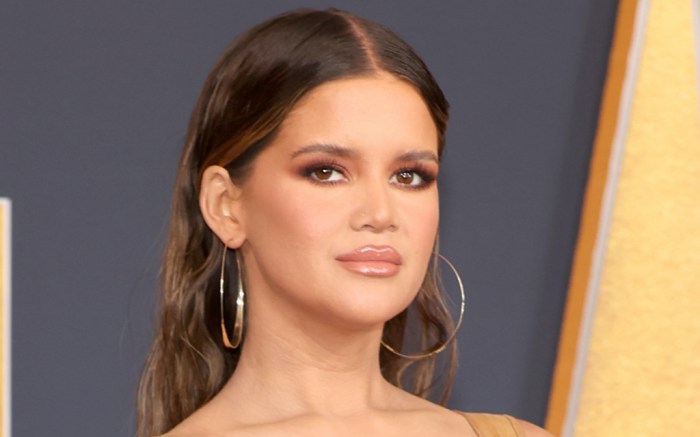 Maren Morris hit the red carpet in edgy fashion in Las Vegas at the 2022 Academy of Country Music Awards.

The Grammy Award-winning musician stepped out with husband Ryan Hurd, wearing a vintage Dior dress from the year 2000, designed by John Galliano. Composed of tan leather, her dress featured an asymmetric front with a deep neckline and lace-up corset bodice. Adding to her look’s edge was a similarly asymmetric skirt that included pockets, which was attached to Morris’ dress’ back by a string of gold buttons. Similar buttons connected her dress’ top and straps as well, creating a cut-and-sew appearance. Large gold hoop earrings finished Morris’ look.

For footwear, Morris strapped into a pair of tan ankle-wrap sandals. The lace-up style featured an array of thin straps in asymmetric, toe, thong and slingback placements. The pair culminated in straps wrapping around Morris’ ankles, similarly to trending silhouettes that provide a sultry vibe and ankle support. Her footwear, which created a sleek monochrome look, was complete with square-toed soles and slightly flared heels totaling 3-4 inches in height.