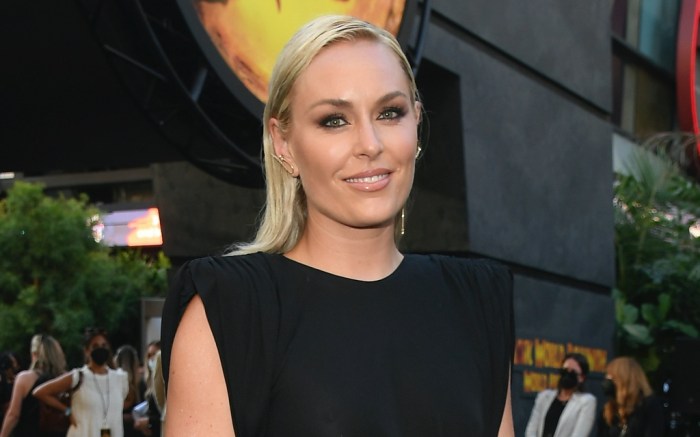 Lindsey Vonn brought a sleek edge to the red carpet for the Los Angeles premiere of “Jurassic World: Dominion.”

The Olympic skier posed at the event in a vintage black Versace dress, featuring a knee-length silhouette with a lightly flounced hem. Giving the piece added edge were structured shoulders with cinched draping, as well as its greatest statement: an asymmetric cutout angled across the midsection. Cinching the dress together was a gold ring accent topped with the house’s signature Medusa head.

Vonn finished her outfit with an oblong leather clutch lined in gold chains, as well as delicate asymmetric earrings and a gold wristwatch.

Boosting the star’s ensemble was a set of metallic gold heels. The high-shine set featured thin toe and ankle straps for added security. Completing the pair were thin stiletto heels totaling at least 4 inches in height, giving Vonn an instant height boost that was slick and glamorous. The pair also smoothly paired with her ensemble’s metallic accents, creating a cohesive look from head-to-toe.