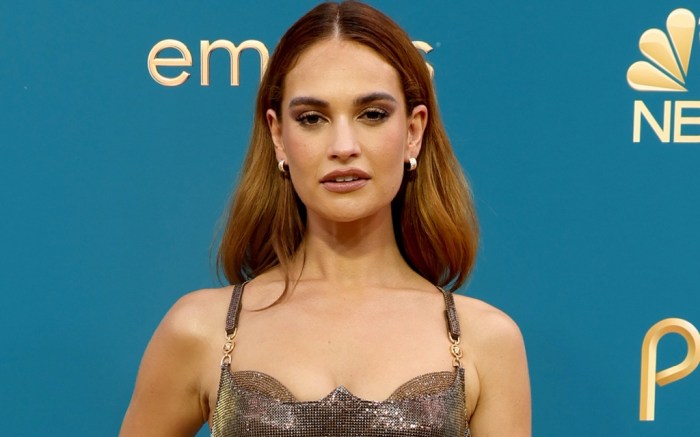 Lily James brought a slick take to red carpet style while arriving at the 2022 Emmy Awards.

When it came to shoes, James’ footwear was not visible on the carpet. However, while leaving her hotel to attend the event, Rebecca Corbin-Murray snapped a video on Instagram Stories where the star’s draping — in actuality the cover of a thigh-high slit — revealed a pair of slick heeled sandals with shiny thin satin ankle, front and toe straps. The pair created a cutout effect, adding to the overall sultry and dynamic statement from James’ ensemble.