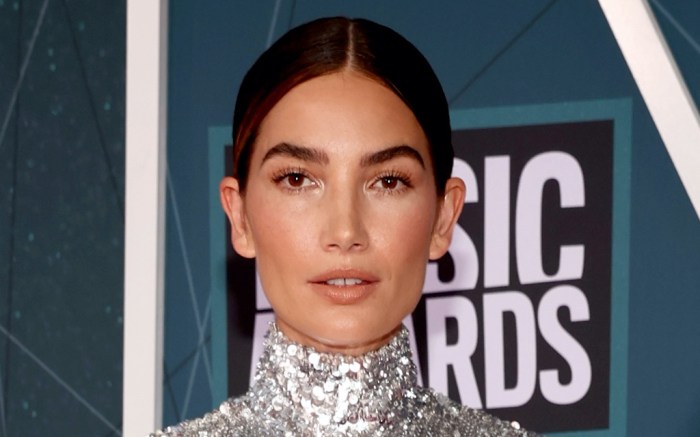 While hitting the red carpet in Nashville, the supermodel posed in a sequined silver dress. The shimmering number featured allover sequins with a turtleneck silhouette and long sleeves. Completing her ensemble was a sharp updo, allowing the dress to make the greatest statement.

When it came to shoes, Aldridge  continued her minimalist street in a pair of black high heels. The star slipped on a set of satin peep-toe pumps with rounded toe straps, as well as thin platform soles. Though her heels weren’t visible, the pair likely featured thin heels totaling 3-4 inches in height.