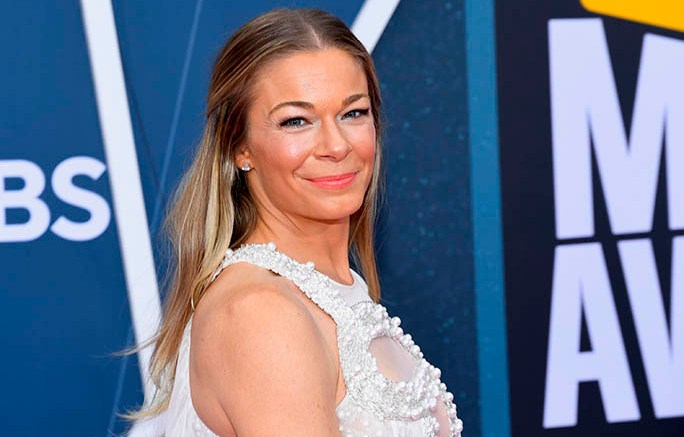 LeAnn Rimes looked stunning as she stepped onto the pink carpet at the 2022 CMT Awards held at the Nashville Municipal Auditorium on Monday night. The “I Need You” singer made an angelic arrival in a floor-length sheer gown.

The elegant number was complete with a plunging circle cutout that was adorned with pearls and sequins along the shoulder and on the bodice. The dress also had a modest train with ruffled details on the hemline. The “Coyote Ugly” actress continued to make a statement by accessorizing with diamond earrings, a chain ring bracelet, midi rings, a small glittery square clutch and white nails.

Rimes clipped some of her signature blond locs back and let the rest flow down her back. She sealed the deal with soft glam and a pink pout. The slight slit in her dress allowed for a peek at her footwear choice, which appeared to be a silver silhouette. The high heels featured a round outer sole and a braided strap across the toe.