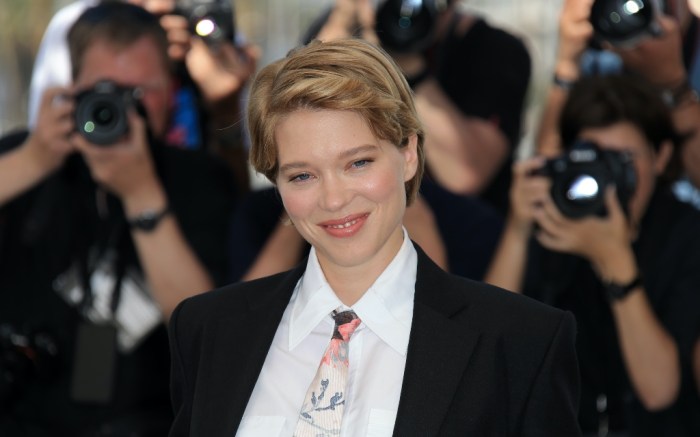 Léa Seydoux hit the red carpet in a business casual look at Cannes Film Festival on Tuesday for the “Crimes Of The Future” photo call.

Seydoux stars in the new horror film alongside Kristen Stewart, who also attended the event. On the red carpet, Seydoux wore a menswear-inspired look. She paired a black blazer with matching black shorts. The shorts were high-waisted and included silver button details. She wore a white button-up shirt underneath her jacket and added a floral tie to complete the look.

White the floral tie added a bit of softness to the look, Seydoux’s shoes sealed the deal. She wore a pair of black pumps with a triangular pointed toe with a sharp stiletto heel. Pointy pumps remain as one of the most popular and timeless shoe styles due to its luxe and durable construction.

Click through the gallery to see more celebrity arrivals on the red carpet at Cannes Film Festival 2022.