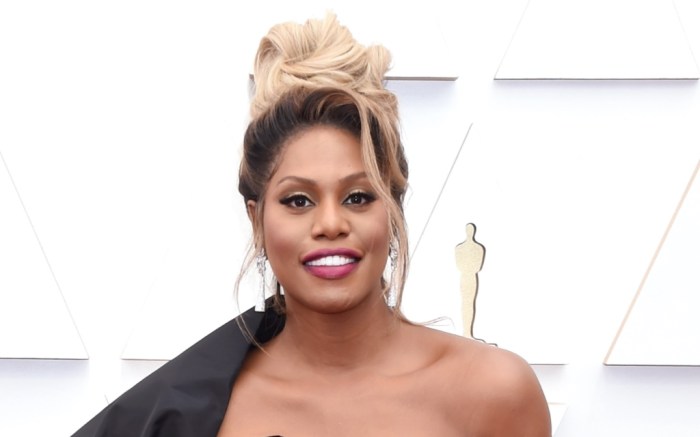 Laverne Cox made a statement in all-black at the 2022 Oscars at the Dolby Theater in Los Angeles.

The “Orange is the New Black” star hit the red carpet in a strapless black velvet gown by August Getty, which featured a slim fit and angular neckline. Complementing Cox’s look was a black jacket, worn slightly off the shoulder, which included a flowing train that encased her dress and flowed on the carpet behind her. Cox’s look was complete with sparkling Dena Kemp earrings and rings.

When it came to shoes, Cox’s footwear wasn’t visible beneath her gown’s long skirt. However, it’s likely the actress wore a set of high heels in either a pointed-toe pump or strappy sandal silhouette — especially as each have become top trends on the red carpet this season. Cox hosted E!’s red carpet pre-show.