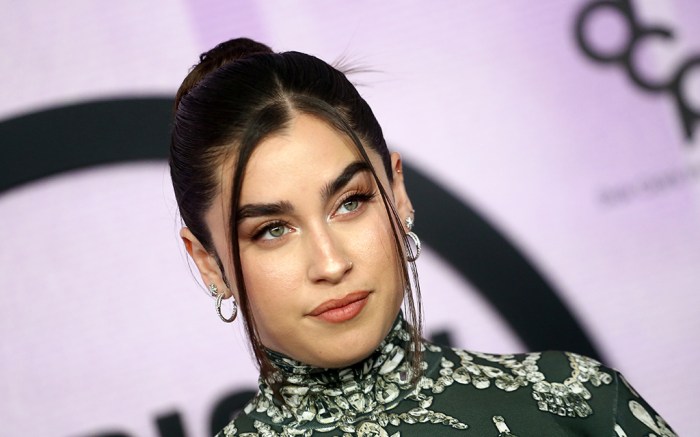 The “Work From Home” singer dazzled in a high-neck sage-colored dress, the regal style embellished with large reflective crystals. The garment was fitted with dramatic bell sleeves and an extra layer that sat low on the star’s hips that acted almost like a cape, making for a visually interesting addition to the fitted style.

For accessories, Jauregui opted for silver hoops and studs that gave her ensemble a touch of grunge that contrasted the sophistication that her outfit exuded. The young fashionista slicked her dark brown tresses back in a bun, leaving front-facing strands.

Although her heels weren’t visible, thanks to the lengthy hem of her gown, Jauregui often opts for vinyl thigh highs, chunky combat boots, and strappy sandals on and off the red carpet. The performer’s style is often trend based with a focus on form-fitting and statement garments in edgy and gothic styles and prints.