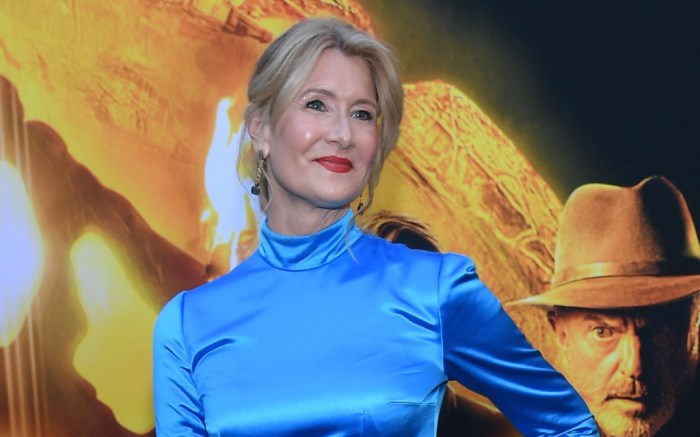 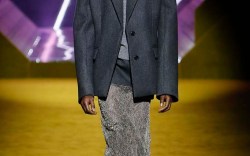 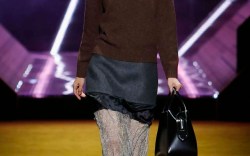 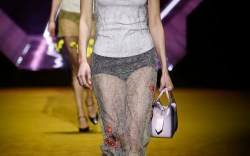 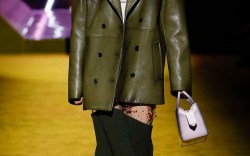 Laura Dern popped in blooming color on the red carpet for the Los Angeles premiere of “Jurassic World: Dominion.”

The “Big Little Lies” star arrived in a color-blocked Prada ensemble, featuring a light blue satin top with long sleeves and a mock-neck silhouette. The top was paired with a knee-length flared skirt in the same texture, albeit in a deep red hue. Dern’s ensemble was cinched with a black leather belt featuring the brand’s triangular logo as its buckle, as well as a large cocktail ring, sparkling drop earrings and a pink satin top-handle bag.

The actress took numerous stops to pose with her co-stars in the film, including Bryce Dallas Howard, DeWnda Wise and Jeff Goldblum.

Dern’s look was finished with an equally Prada-worthy touch: a pair of the brand’s pointed-toe heels. This style included a pointed-toe silhouette with squared toplines. Accented by matching buckled ankle straps, the set was topped with the brand’s triangular logo accent — a popular detail on many of its hit shoes this year. Finishing the set were thin heels totaling between 2-3 inches in height, completing Dern’s outfit with a gleaming shine.