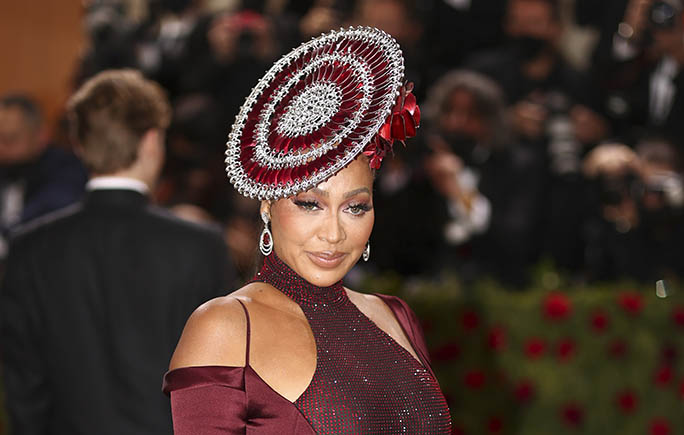 For fashion’s biggest night, Anthony wore a deep burgundy dress. The top portion of the silky gown came up around her neck to form a choker. The bottom portion was a wrap design, which included a risky thigh-high slit. The gown also had side slant cutouts on the hip and a dramatic train.

The “Think Like a Man” actress accompanied the look with a bedazzled flat-top hat that was tilted to one side. Behind the hat was a burgundy bow, which matched her ensemble perfectly. Anthony accessorized with a bevy of diamonds, including a pair of teardrop diamond earrings and bracelets that she wore on both wrists.

Completing her outfit was a pair of satin pointed-toe pumps. The heels rounded out her look as they included a triangular pointed toe, a high counter for extra support and a sharp stiletto heel.