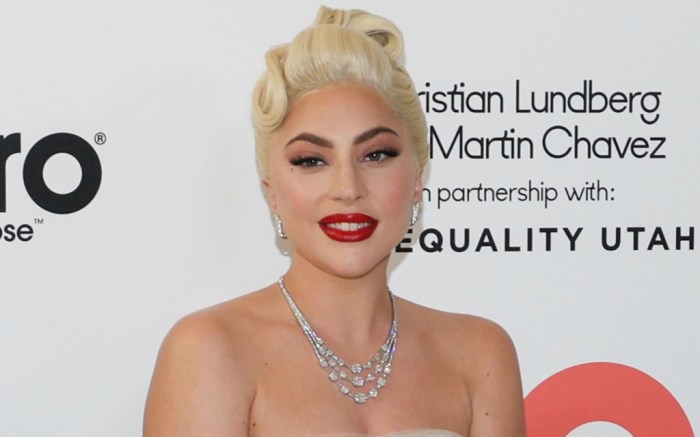 The “Chromatica” musician posed on the red carpet at West Hollywood Park for the occasion, alongside John’s husband David Furnish and their children — also her godchildren — Levon and Elijah. Gaga arrived in a yellow tulle gown, featuring a strapless silhouette and flared skirt. Completing the piece were wide swathes of tulle draped around her arms, creating an elegant off-the-shoulder silhouette. Gaga’s look was finished with a glamorous sheen of diamonds — specifically, a platinum and diamond necklace, bracelet and stud earrings from Tiffany & Co.

When it came to shoes, Gaga’s footwear wasn’t visible beneath her voluminous skirt. However, it’s likely she donned a pair of light-toned or metallic pumps or strappy sandals for the occasion. The two high heeled styles have been top contenders for the most popular shoes at the Oscars, as seen on stars like Kristen Stewart, Regina Hall, Jessica Alba and more.