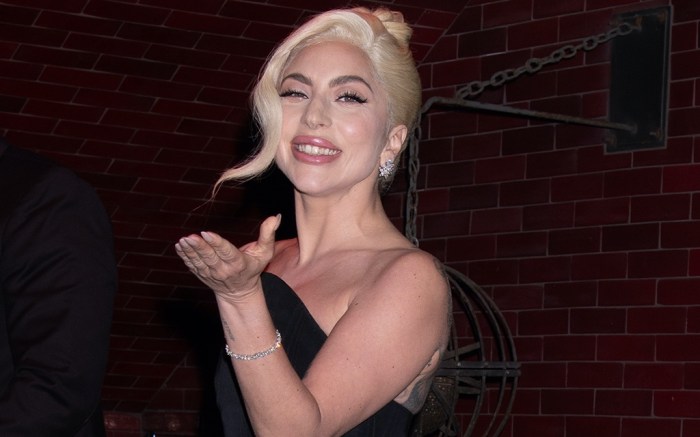 Lady Gaga served utter movie star glamour at the New York Film Critics Circle Awards (NYFCC) at Tao in New York City. The star arrived to accept the Best Actress award at the ceremony for her role in “House of Gucci.”

The Academy Award-winning actress arrived at the awards in a sweeping black gown by Jason Wu. Featuring a strapless curved bodice, the elegant number was complete with a dramatic tiered skirt. The piece was chicly accessorized with diamond stud earrings and a bracelet by Tiffany & Co.