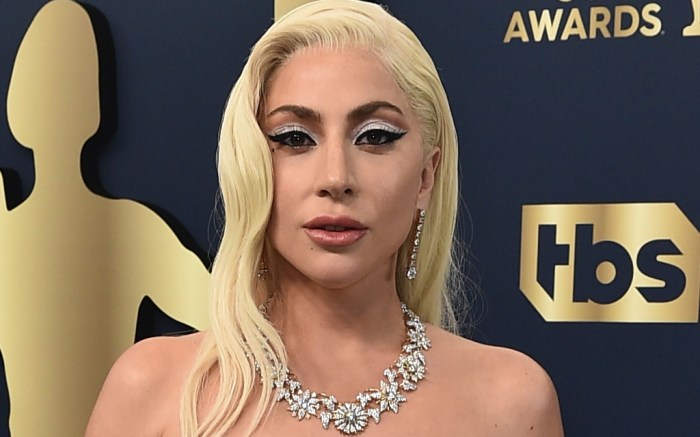 The Academy Award-winning actress arrived in a sharp white Armani gown, which folded out with two triangular accents to create a plunging neckline. A sparkling structured bustier created a strapless silhouette. Gaga’s ensemble was complete with a flowing train and floral diamond necklace, ring and earrings, creating a look that was utterly elegant.

When it came to shoes, the Grammy Award-winning musician gave her look a bold edge in one of her signature shoes: Pleaser Shoes boots. The lace-up boots, which often feature towering platform soles and sky-high stiletto heels, were one of her signature shoes in the mid-2010’s before making a comeback in recent years. The style, while mostly hidden beneath her dress, created a monochrome effect—and proved that Gaga’s rebellious streak was extremely present, despite her look’s classic movie star glamour.