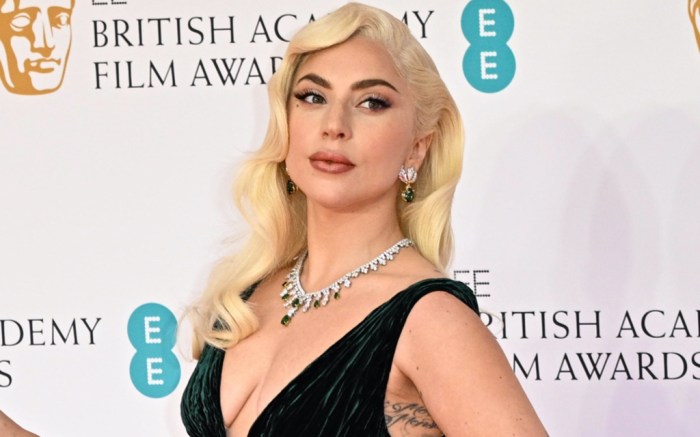 For the occasion, the “House of Gucci” star stepped out in a sweeping custom gown by Ralph Lauren. The elegant number was composed of dark green silk and velvet, featuring twisted textures, a deep neckline and flowing train. Gaga’s ensemble was complete with a black feather-covered clutch, as well as sparkling diamond and emerald jewelry by Tiffany & Co.

When it came to shoes, however, the Grammy Award-winning musician brought her signature punk rock flair in a pair of towering Pleaser Shoes boots. A staple of her early 2010s and recent 2020s wardrobe, Gaga’s go-to pairs from the brand feature boots with patent leather uppers, platform soles and stiletto heels totaling 6 inches or more in height. Though her black patent Pleasers weren’t fully visible beneath her gown, the boots still peeked out while Gaga posed for paparazzi on the red carpet.