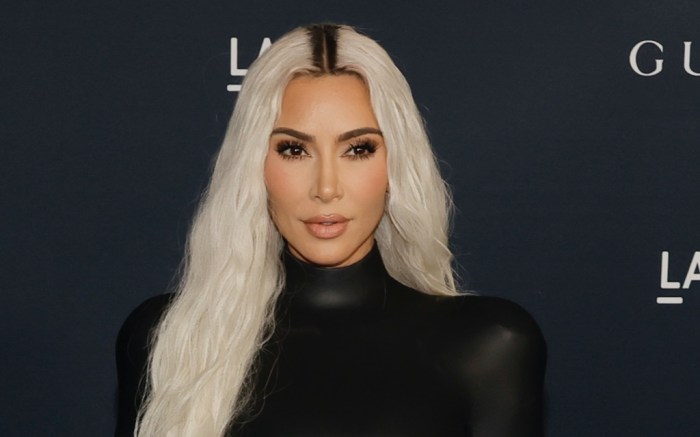 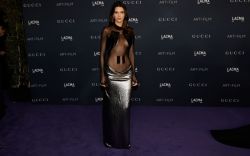 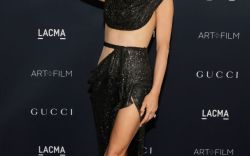 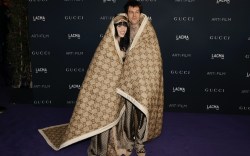 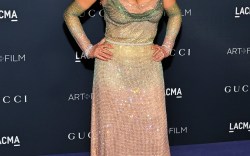 While arriving at the Los Angeles County Museum of Art for the occasion, the “Kardashians” star posed on the red carpet in a long black gown. However, her formalwear gained a futuristic edge from being crafted from smooth black leather. The dynamic choice of attire was complete with a low-curved train and built-in gloves on its long sleeves.

When it came to footwear, Kardashian appeared to slip on a set of pointed-toe heels. Though her dress covered the majority of her shoes, the Skims founder’s pair included sharp triangular bases crafted from what appeared to be black silk or satin. Although the set wasn’t fully visible, it was likely completed with 4-inch stiletto heels in a pump or boot silhouette, both of which Kardashian often wears on the red carpet and in her recent “Balenciaga era” as a muse to fashion designer Demna.

PHOTOS: Discover all the red carpet arrivals at the 2022 LACMA Art + Film Gala.