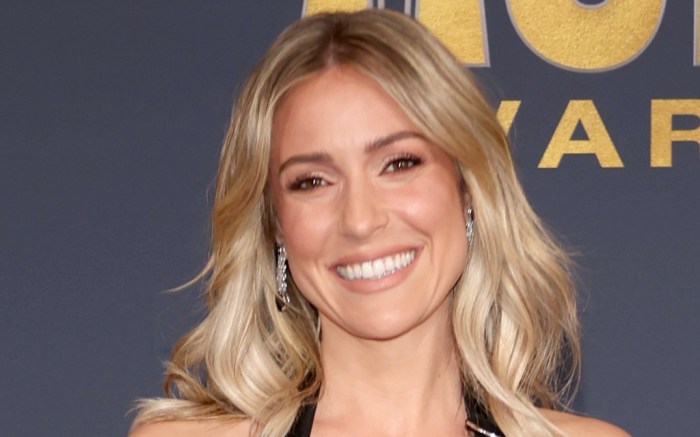 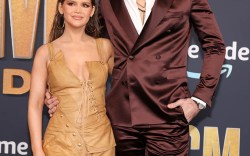 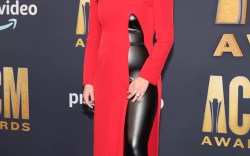 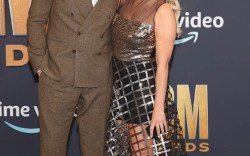 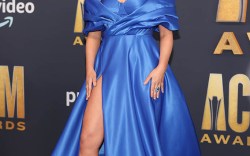 Kristin Cavallari brought slick style to the red carpet ahead of the 2022 Academy of Country Music Awards in Las Vegas.

The “Hills” alumni hosted the event’s red carpet with Elaina Smith, Priscilla Block and Zuri Hall. For the occasion, she stepped out in a daring Mugler dress. Designed by Casey Cadwallader, the sleek black number featured a sleeveless silhouette with a plunging waist-length neckline. Adding to the piece’s risqué nature were cutout bodice panels and a thick-high slit, connected by a silky accent that gave the dress an illusion of being wrapped from a single piece of fabric. Minimalist makeup and sparkly drop earrings completed her look.

When it came to shoes, Cavallari opted for similarly sleek black footwear to match her dress. Coordinating with its minimalism, her Stuart Weitzman sandals featured thin ankle and toe straps. The strappy pair was complete with heels totaling at least 4 inches in height—and though they weren’t visible, the style likely included stiletto or block heels.

Discover more celebrity arrivals at the ACM Awards in the gallery.