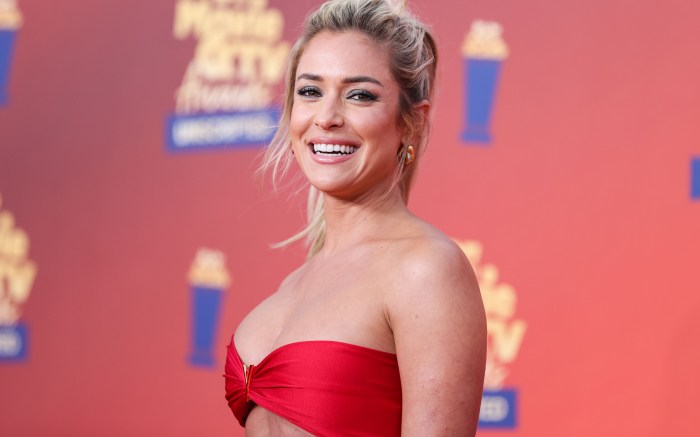 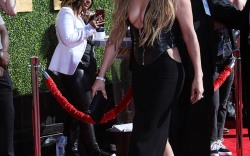 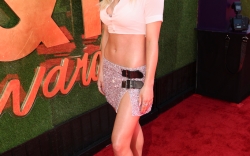 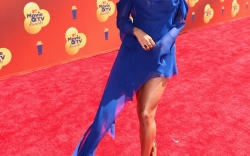 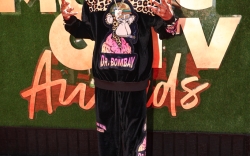 Residential “Western Girl” and business mogul Kristin Cavallari joined a star-studded cast of celebrities on the red carpet on Friday in Los Angeles at the 2022 MTV Movie & TV Awards.

The social media influencer and Uncommon James jewelry brand founder wore a fitted bandeau top in a red shiny fabric with Yves Saint Lauren’s initials. The middle of the red top was accented with “Y” while a similar bandeau top in white sat at the star’s waist with an “S” in the middle. For bottoms, Cavallari wore high-waisted black trousers made of stretch fabric with high sides. The black trousers were also embellished with the letter “L” in gold in the middle.

To finish off the look, Cavallari wore chunky gold bracelets and gold studs that matched the gold square clutch in her hand. The gold accessories Cavallari chose also matched the lettering on the outfit.

Cavallari opted for black pointed pumps set on 6-inch stiletto heels that matched her black trousers. The pointed toes are powerful and commanding, made of a shiny fabric that brings some interest to the full ensemble.

The MTV Movie & TV Awards on June 6 in Los Angeles honor the year’s best television and film in a fan-voted award ceremony. This year, “Spider-Man: No Way Home” leads the pack with seven nominations, while “Euphoria” is a close second with six nods. Two new categories were also added for the 2022 ceremony: Best Song and “Here for the Hookup.” Vanessa Hudgens hosts this year’s ceremony, which marks the 30th year of the awards show. As always, winners will go home with a coveted golden popcorn trophy. The main awards show is followed by the second annual MTV Movie & TV Awards: Unscripted, which was pre-recorded on June 2 and honors the best of reality TV, talk shows, and documentaries.