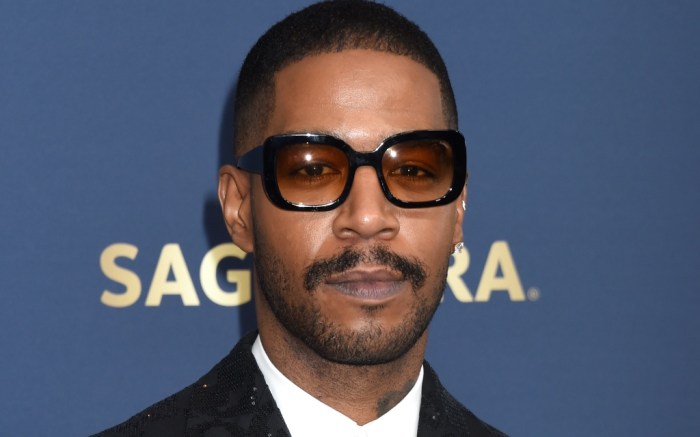 The rapper arrived in a black Louis Vuitton suit by Virgil Abloh, which featured glittering checkerboard panels made from pieces of Vuitton’s house monogram. Cudi’s trousers featured a black pleated skirt over their legs, adding a new take to layering on the red carpet. His ensemble was finished with a white collared shirt, rings and ombre sunglasses.

When it came to footwear, Cudi opted for a pair of Abloh’s Air Jordan 1 x Off-White sneakers—which also won FN’s Shoe of the Year award at our 2019 FNAA’s. The high-top style featured red, white and black leather paneled uppers, complete with blue stitching, Nike’s Swoosh logo, a red plastic Off-White hangtag and outsoles printed with “Air” graphics. The musician gave the pair his own spin by swapping its black laces for a contrasting neon orange and green set—one color on each foot—while leaving the laces undone.