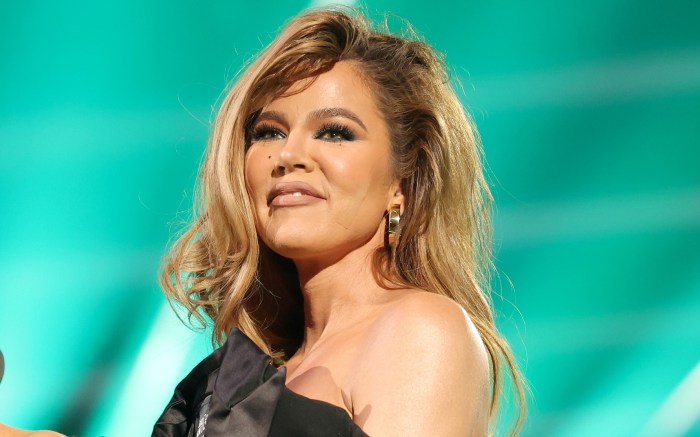 Khloe Kardashian took the stage at the 2022 People’s Choice Awards alongside her mother Kris Jenner in Santa Monica, Calif., tonight. Both parties styled in similar suiting moments to accept the Reality Show of 2022 award for “The Kardashians” series.

The Good American brand owner was dressed in an all-black outfit. The style consisted of a deconstructed sleeveless blazer with a playful bodice that mirrored the collar of a suit. On bottom, Kardashian sported tailored black trousers. The look coordinated with her mother’s dramatic black suit.

As for accessories, Kardashian amplified the sleek moment with black arm-length gloves and wore her ombréd tresses in a glamourous bombshell blowout. Like her hair, the socialite’s makeup was dramatic, punctuated with smokey lids.

Unfortunately, Kardashian’s footwear was not visible as it was out of frame. However, she likely slipped on stiletto sandals or pointy boots to complete her look.