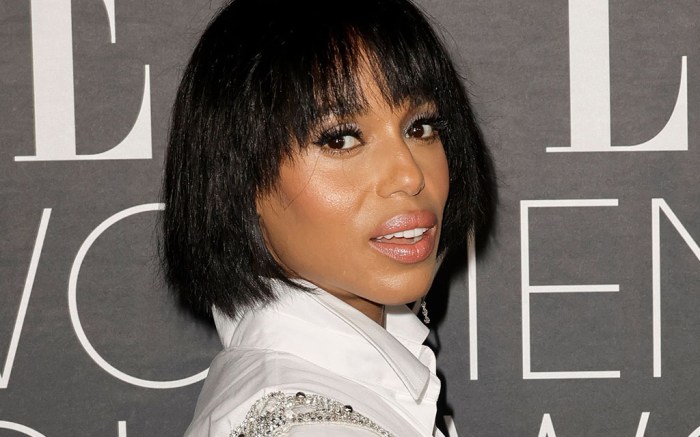 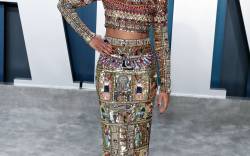 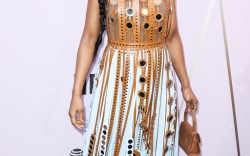 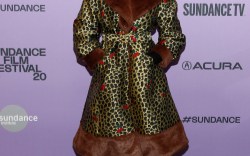 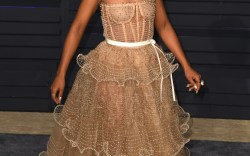 Kerry Washington arrived at Elle’s Women in Hollywood Gala held at the Getty Center in Los Angeles yesterday. Surrounded by powerful female celebrities from all walks of life, Washington brought her fashion A-game and wore a chainmail gown alongside hidden heels.

The “Django Unchained” actress opted for a boxier fit that consisted of a crisp white collared bodysuit layered underneath a brilliant silver chainlink dress dotted with crystal detailing that sparkled under the camera’s flash.

Washington accessorized with coordinating silver jewelry on her fingers and on her ears. The seasoned thespian explored a new hairdo for her appearance on the carpet, the star styling her jet black tresses in a shaggy bob.

Washington sported sharp black pointed-toe pumps, the shiny pair barley peeking out from under the hem of her gown.

A lover of the dramatic, Washington can usually be found wearing expressive outfits from the likes of Prabal Gurung, Elie Saab, Peter Do and Zuhair Murad.

PHOTOS: Click through the gallery to see how Kerry Washington’s shoe style has evolved over the years.