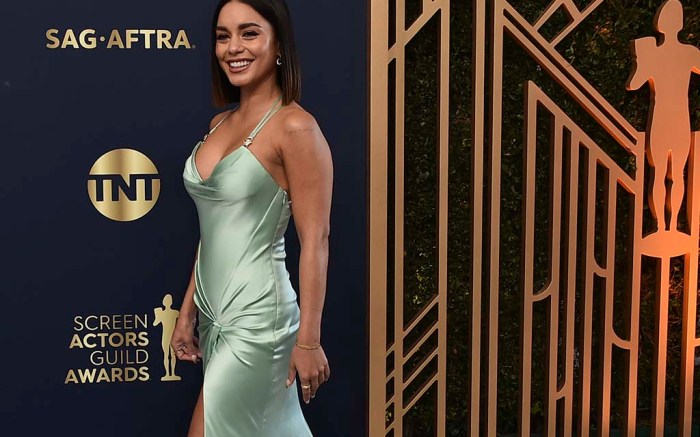 The 2022 Screen Actors Guild Awards—also known as the SAG Awards—will host a range of the top stars across film and television.

From Kerry Washington to Reese Witherspoon, numerous celebrities arrived at Santa Monica’s Barker Hangar in an array of colorful and bold ensembles. Flowing gowns were a popular choice throughout the evening, hailing from top brands ranging from Schiaparelli to Versace. On the footwear front, pointed-toe pumps and platform sandals continued to reign during awards season from Christian Louboutin, Stuart Weitzman, Jimmy Choo and more celeb-beloved brands.

Reese Witherspoon took a sharp approach to dressing for the Awards, wearing a strapless surrealist black Schiaparelli dress. The midi-length number featured a strapless silhouette with a swirl-shaped neckline, as well as a pale blue sash that flowed into a dramatic train. For added glamour, Witherspoon’s look was paired with a sparkling Cartier diamond necklace and drop earrings, plus a Tyler Ellis clutch. Her look earned added sharpness from a classic pair of black pointed-toe pumps, courtesy of Jimmy Choo.