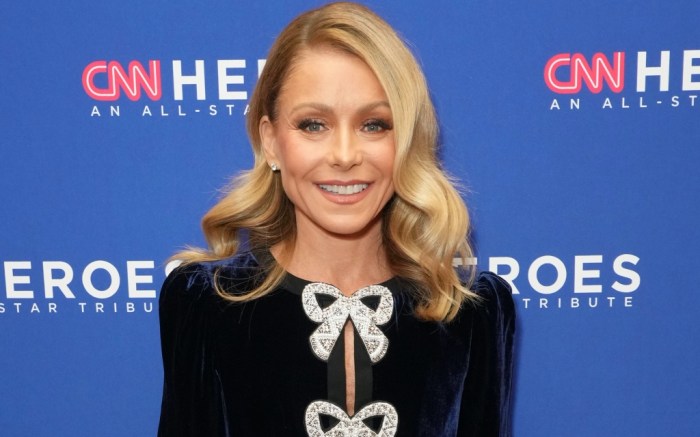 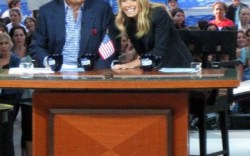 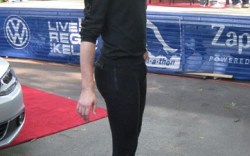 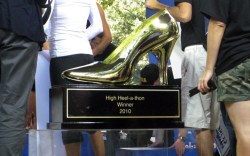 Kelly Ripa gleamed on the red carpet at this year’s “CNN Heroes: An All-Star Tribute” event.

While arriving at the American Museum of Natural History in New York City on Sunday night, the “Live! with Kelly and Ryan” host stepped out in a blue velvet jumpsuit by Saloni. Her sleek piece included long sleeves and legs, giving a slick spin from a deep neckline. Adding a whimsical finish were three silver and white pearl and crystal-embellished bows down its bodice. Ripa accessorized with simple diamond stud earrings for a classic finish.

When it came to shoes, Ripa appeared to strap into a set of platform sandals. Though her footwear couldn’t be fully seen, the “All My Children” star’s footwear seemed to include thick black soles with thin toe straps. It’s likely the pair was complete with matching ankle straps and thick or thin heels totaling 4 to 5 inches in height, given the style’s traditional silhouette.

PHOTOS: Discover Kelly Ripa at the 2010 High Heel-a-thon in the gallery.