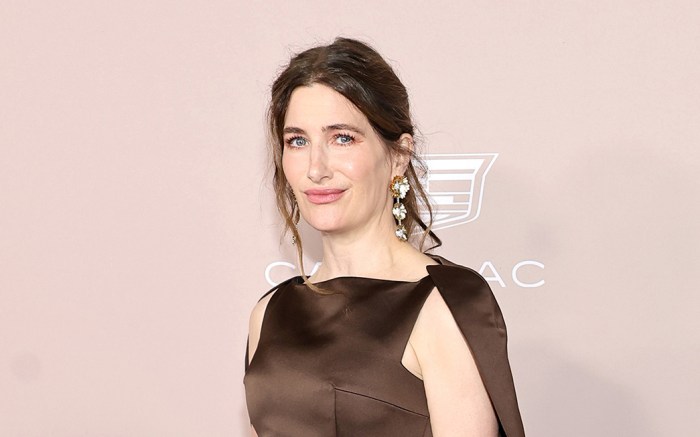 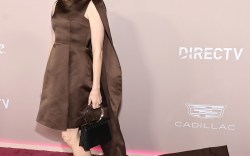 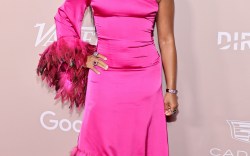 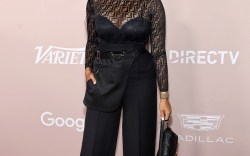 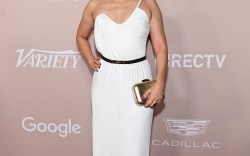 The actress took to the red carpet in a brown sleeveless dress with a long train cape attached by Emilia Wickstead, bringing just the right amount of drama for the occasion. She accessorized with a pair of cascading floral design chandelier earrings from Irene Neuwirth and a black crocodile embossed handbag by Alexis Bittar with a large silver double hoop top handle. She finished off the look with a pair of black spool heels from By Far, giving a lesson in how to wear black and brown at the same time.

Jordan Johnson styled Hahn for the event. Johnson has also worked with other entertainment figures, including Kiernan Shipka, Diego Luna, and Sandra Oh.

Hahn opted for a mostly natural makeup look working with makeup artist Jo Baker, who also works with Olivia Wilde and Natasha Lyonne. Hahn’s look featured a light pink lip, a hint of blush, some light eyeshadow, and a pop of mascara. Marilee, who has worked with Kaley Cuoco and Rashida Jones, was Hahn’s hair stylist for the event. Marilee parted Hahn’s hair in the middle, and pulled it into a bun in the back, with one bang resting behind her ear and the other flowing freely next to her face.