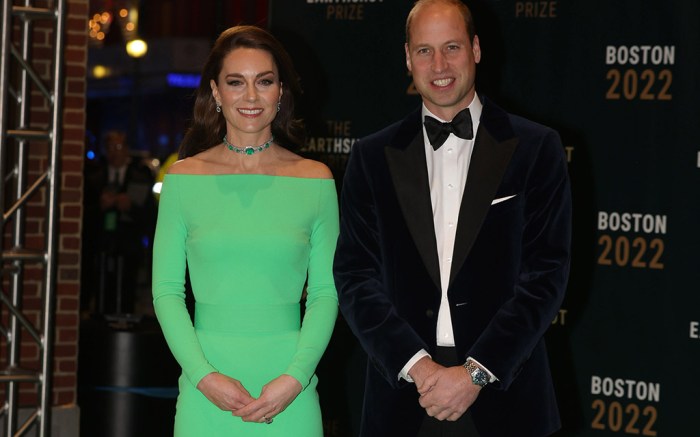 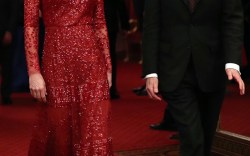 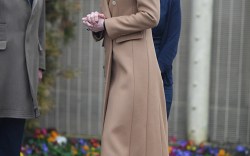 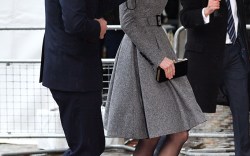 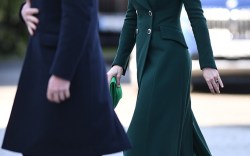 Kate Middleton Princess of Wales attended the Earthshot Prize 2022 along with her husband Prince William, Prince of Wales at the MGM Music Hall last night in Boston. Making a rare red carpet appearance, Middleton sported a colorful Solace London gown and glimmering Gianvito Rossi pointed toe pumps that had her standing out from the rest.

Going bold, Middleton’s look consisted of a floor length off the shoulder neon lime green gown, which the fashionable royal styled with plenty of elegant accessories that acted to add endless sparkle. The Princesses sapphire embellished engagement ring, which previously belonged to Princess Diana, an emerald encrusted choker and Asprey London diamond earrings fitted with more brilliant emeralds were added to further elevate Middleton’s ensemble. As for her hair, Middleton ditched her middle part for a dramatic swooping side part, the ends of her tresses curled for added volume.

Although her shoe’s aren’t totally visible, thanks to the lengthy hem of her dress, it appeared like the Princess was wearing pointed toe pumps dotted with silver crystals, the pair made of a slightly see-through material.

Middleton is often seen in pointed-toe pumps from Emmy London, Jimmy Choo and Stuart Weitzman, among others. Her go-to style is Gianvito Rossi’s 105 pumps. In addition to her royal rotation of heels, the duchess also wears affordable sneakers from New Balance, Adidas, Superga and Zara on and off duty.

Prince William and Princess of Wales Kate Middleton crossed the Atlantic for a three-day visit to Boston in celebration of the Earthshot Prize Awards. The ceremony, which took place at the MGM Music Hall on Dec. 2, celebrates those whose work is helping to repair the planet. During their trip, the royal couple also watched the Boston Celtics vs. Miami Heat basketball game and visited the Boston City Hall.

PHOTOS: See some of Kate Middleton’s best footwear moments of 2020.