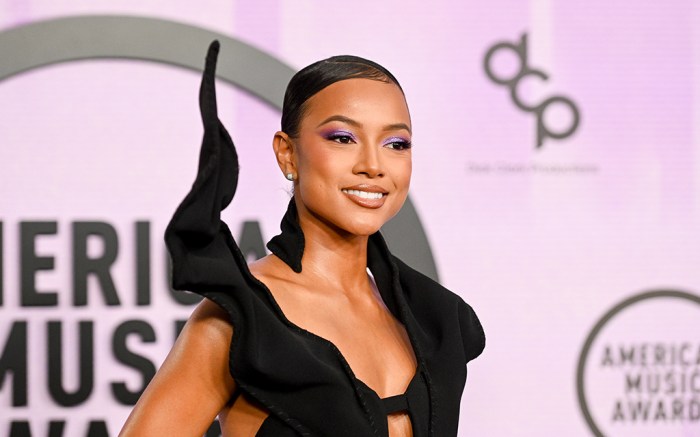 The “Claws” actress’ look was floor-length and sleeveless, the garment consisting of a sculpted bodice that wrapped around Tran’s neck and rose up past her face, sticking upright. Further adding visual interest, the dress featured an angular cutout. The whimsical bodice was followed up by a standard black skirt that tapered out like a mermaid tail.

For accessories, “The Bay” web series star wore silver statement rings on every other finger and dazzling diamond studs to match. Tran slicked back her long black tresses, styling them in a sweeping ponytail, and accentuated her features with a wash of glittery purple on the eyes. Tran’s shoes were not visible thanks to her dress.