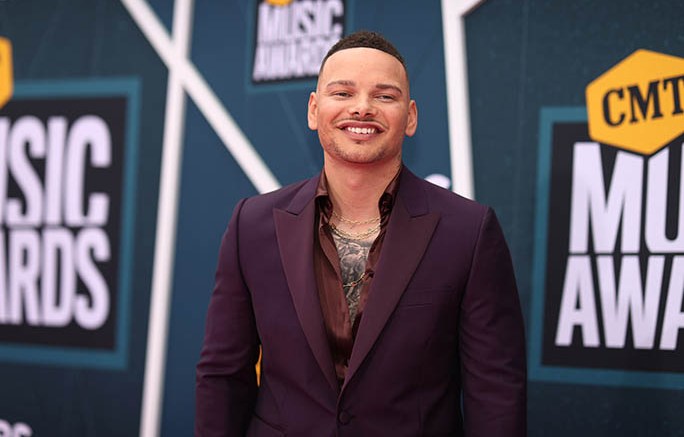 The 2022 CMT Awards are in full swing at the Nashville Municipal Auditorium tonight. Kane Brown returned as the co-host for the second year in a row with Kelsea Ballerini. The duo was joined by first-time host and actor Anthony Mackie.

Kane Brown was sharply suited for the occasion. The “Worship You” artist wore a purple outfit. His blazer jacket included sleek satin lapels and a slant pocket on each side. Brown teamed his outerwear with a brown silk shirt and matching trousers and black leather loafers, which added a polished finish.

The “Famous Friends” musician stepped onto the pink carpet with his wife, Katelyn Jae Brown. Katelyn donned a purple mini dress that had an asymmetrical neckline. She teamed the short frock with a sparkly clutch and silver and black mules. The heels had a square outer sole, a wide sequin strap and a small kitten heel.