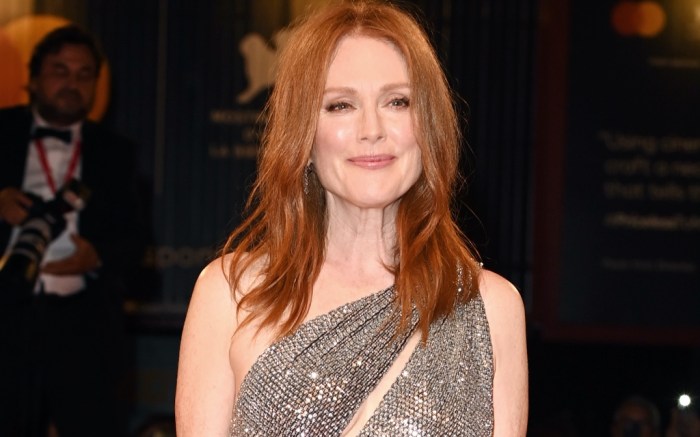 Arriving at to the “Love Life” premiere, Moore gleamed in a sparkling silver Celine gown. Her Hedi Slimane-designed couture number featured a draped bodice with a one-shoulder silhouette and thin futon slit, giving it a daring edge. Adding to the piece’s allure was a texture that appeared to be allover sparkling crystals, giving Moore’s outfit an instant burst of glamour. Her ensemble was complete with diamond drop earrings and a sparkling cocktail ring.

When it came to shoes, the Oscar-winning actress‘ footwear was largely hidden beneath her gown’s long train. However, when they were visible, it appeared Moore finished her ensemble with a set of black platform sandals. The style appeared to feature velvet uppers with thick platform soles, complete with block heels that likely totaled 3-4 inches in height. Finishing the pair were curved sheer toe straps, complete with a mesh-effect overlay.