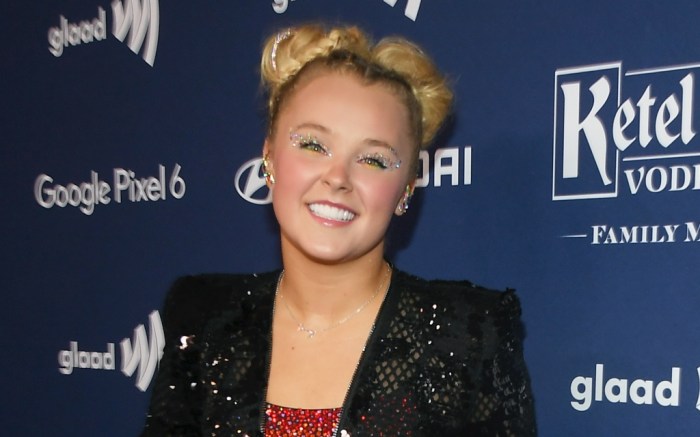 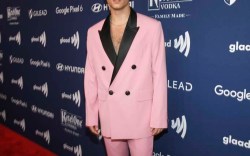 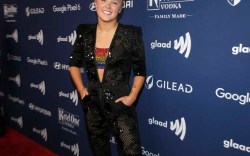 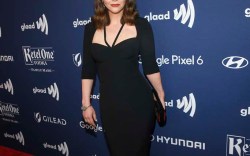 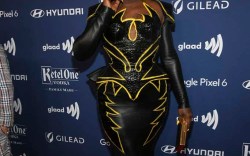 The “Dancing With the Stars” contestant arrived on the red carpet in a black lace jumpsuit, featuring a sheer texture. The piece included sharp shoulders, and was layered over a glittering rainbow bandeau top. Siwa’s accessories included layered stud earrings, plus temporary wrist tattoos of rainbow hearts to show support of the LGBTQIA+ community.

The dancer also posed with her “DWTS” partner Jenna Johnson, who wore a sleek black cutout gown for the occasion. Johnson and Siwa previously made headlines for being the first same-sex partners on the competition show. In fact, Johnson even let Siwa to borrow her Christian Louboutin pumps last year — marking Siwa’s first time wearing high heels on the red carpet.

Siwa also revealed to Access Hollywood that her outfit, in fact, was styled by her mom Jessalynn Siwa.

When it came to shoes, the “Merry Go Round” singer wore a pair of black lace-up boots. The dark style appeared to feature exaggerated soles and rounded toes, plus tall uppers with sparkly laces — which instantly streamlined Siwa’s outfit.

Discover more celebrity arrivals at the 2022 GLAAD Media Awards in the gallery.