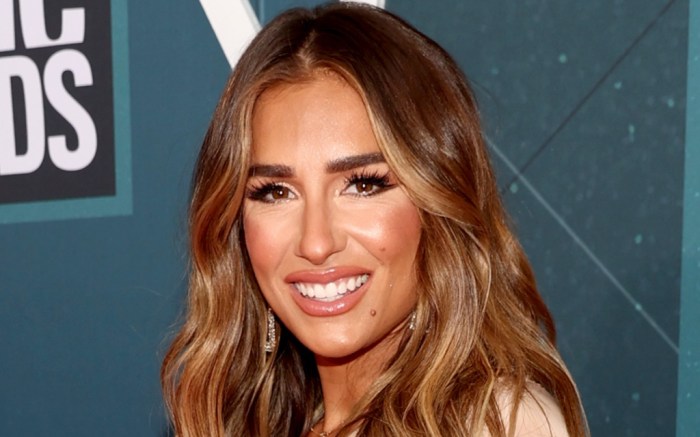 Jessie James Decker left safe dressing behind, preferring to go for daring outfit at the 2022 CMT Awards in Nashville on Monday night.

While on the red carpet , the “Not In Love With You” singer wore a slick bodycon minidress. Featuring a nude hue and allover ruching, the slim-fitting number gained an edge from a twisted bodice that created a plunging neckline with two front cutouts. Completing Decker’s outfit were large rectangular statement earrings, as well as a delicate bracelet, necklace and her wedding ring.

Decker opted for a similarly neutral shade with a pair of nude pumps. With soft beige soles, the pair featured clear PVC pointed toes, slingback and buckled ankle straps for a barely-there appearance. Completing the set was a pair of thin heels totaling at least 4 inches in height.