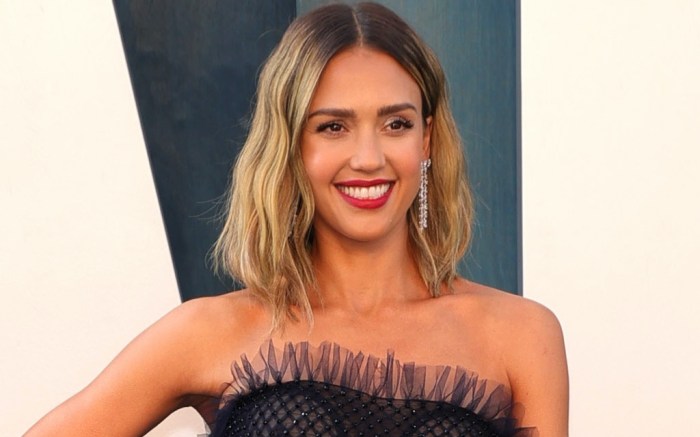 The Honest Beauty founder hit the red carpet at the Wallis Annenberg Center for the Performing Arts in a navy tulle gown. Her midi-length number featured a flared bodice and tulle skirt with a tightly cinched waist. Completing the piece was a corset silhouette and netting-like texture, which expanded on her skirt. Alba gave her look an elegant finish with a satin clutch and glitzy cascading diamond drop earrings by Norman Silverman.

When it came to shoes, the “Fantastic Four” star chose a pair of equally chic black Jimmy Choo sandals to elevate her look. Her Rosie style featured buckled ankle straps, as well as curved counter, heel and knotted toe straps. The pair was finished with short 0.8-inch platform soles, as well as stiletto heels totaling 4.72 inches in height. The high heels proved a complementary texture to Alba’s tulle gown, while providing a versatile base with a classic neutral hue.